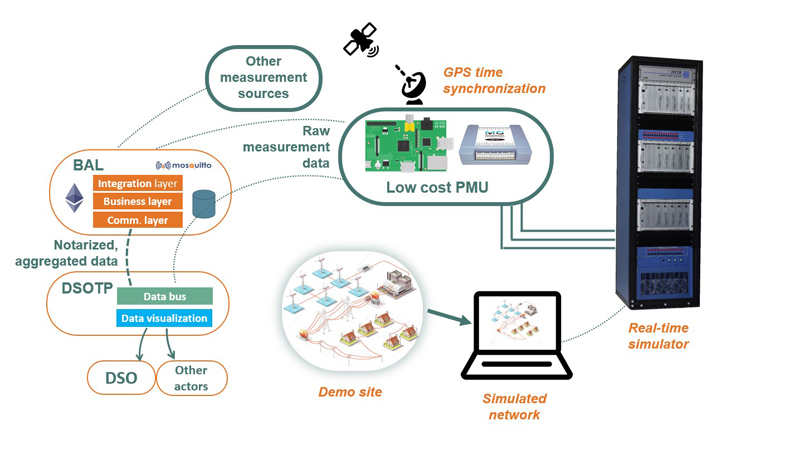 RWTH laboratory focuses on  integration of the Platone Open Framework in order to produce a reference implementation which is deployed in the Platone demonstration sites across Europe and in Canada. Moreover, the laboratory setup supports the tests and further development of Low-Cost Phasor Measurement Unit (PMU), especially to support the integration of its new version in the demonstration sites in Greece and Germany and to increase its technology readiness level (TRL).

Because the components of the Platone Open Framework will be produced in three incremental steps, three corresponding drops of the reference implementation will be produced. The first versions of Platone framework components such as Blockchain Access Layer (BAL), DSO Technical Platform (DSO TP) have been integrated in the setup with a real-time simulator for power systems and with Low-Cost PMU. The test system includes components being hosted in RWTH laboratory in Aachen, Germany and in the laboratory of Engineering Ingegneria Informatica S.p.A. in Rome, Italy.

At the later stages of the project, more components of Platone framework will be integrated in the laboratory prototype together with specific use cases of the demonstration sites depending on needs of DSOs.